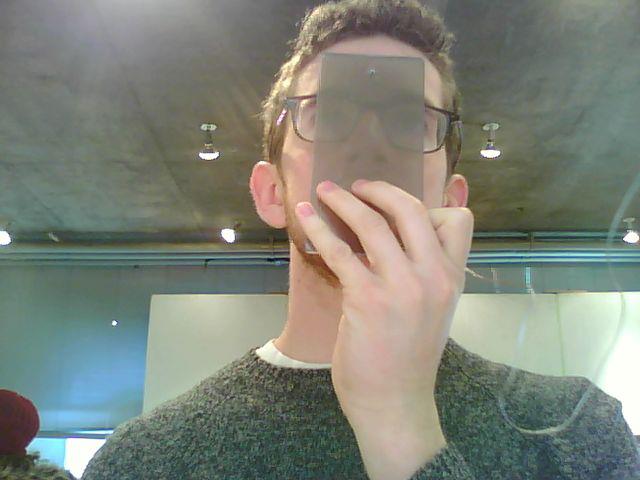 Wall installation of a deconstructed laptop. Modifications were made to the LCD screen via polarization films, making it simply appear white. However, the screen continuously outputs a live feed from a camera positioned directly below.

A small piece of plastic, roughly the size of a phone, hangs next to the screen by a wire. When looking through the plastic, which contains an inverted polarization film, the observer sees themselves in shifted RGB colors, abstracted by the physical pattern of overlapping films.

Unbeknownst to the participants, motion capture software recorded images of anyone who stood in front of the installation for more than a few seconds.

From these images, a Facebook album was created, where participants were encouraged to tag themselves or others:
Check it out